V-Control 4.1.6 was released today, and here are the news:

In V-Control 4.1.2 we had a strange bug that could lead to corrupt tasks. This bug occurs if you have Cuelists, Timelines and Scripts in one project. This is fixed with 4.1.3 now

Unfortunately, there was another bug in 4.1.2 that was not fixed in 4.1.3. That is that in Cuelists, the list index (or cursor) jumps to the top of the list instead one line down. So your Cuelist is build reverse unless you select the last line after adding a cue. This is fixed in 4.1.4

Today we released V-Control 4.1.2. One often asked feature in the past was a dark mode. Personally, I prefer a bright mode, but as you know, taste is a matter of debate. The new dark mode can be switched on via the options (Main Menu Configure->Options and check the Use Dark Mode box). The new mode is then available after a restart of V-Control.

Beside the Dark Mode, there are also some other innovations. Among others the file format has been changed. Therefore V-Control projects can not be loaded from earlier versions. Here is a complete list:

There’s a new designer again. The product is not ready yet, but it is still available for download and testing.
If the new designer is installed (just unzip and run exe file) it will run in demo mode. The mode has the following limitation: Every 30 minutes a window pops up and reminds you of the demo mode. If the Designer is in Run Mode at this time, it will be interrupted.

To get rid of the demo mode you need a license. And you have to buy it. You might be wondering why you should pay money for an unfinished product? Well, the development of V-Control costs a lot of time. And to motivate us to continue with the development, a little appreciation here and there is quite helpful.

Besides, you also have tangible benefits from it. When the designer is finished we aim for a price of 200 Euro. If you buy a license today you pay only 39 Euro, and the license remains valid for the finished product, promised. The more the designer is developed, the higher the price will be, until we will finally end up at about 200 Euro. The earlier you start, the cheaper the price will be.

Now I’ve talked enough about the money, watch the video and install V-Control Designer to make your own picture. And if you like it and want to support the future development, buy a license.

We also have two new Video Tutorials. One is about the Kissbox TC2TR integration in V-Control. In this Video we show how the Kissbox has to be configured with the Kissbox Editor. We also show how to use it as Timecode Reader and Timecode Generator. And of course we also use it as MIDI In and Out Device without the need of the TCP_MIDI_Connector.

The second Tutorials is about Timelines. Timelines are a very convenient way to fire actions that depend on a Timecode. Timelines use a Device Variable that contains Timecode as Reference. In the Tutorial we use again the Kissbox TC2TR as a Timecode Reference for a Timeline. 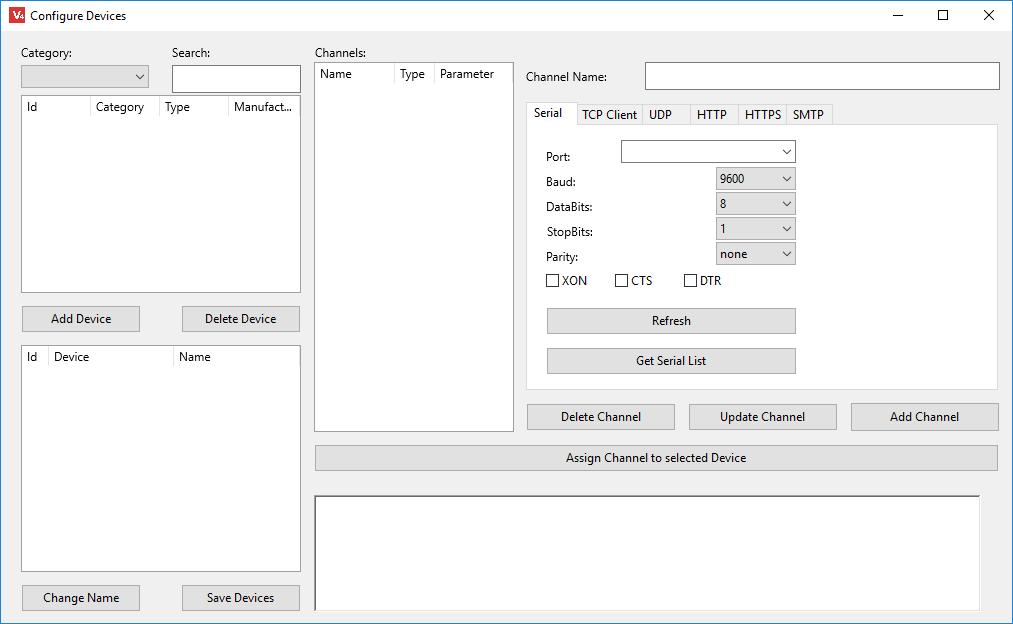 In V-Control 4.1.0 we released a new device setup dialog. In older versions, the device setup was done in three steps at three different locations. The new dialog contains all three steps in one place.

We also start a new series of video tutorials. The first one is about the new device setup procedure. More will follow.