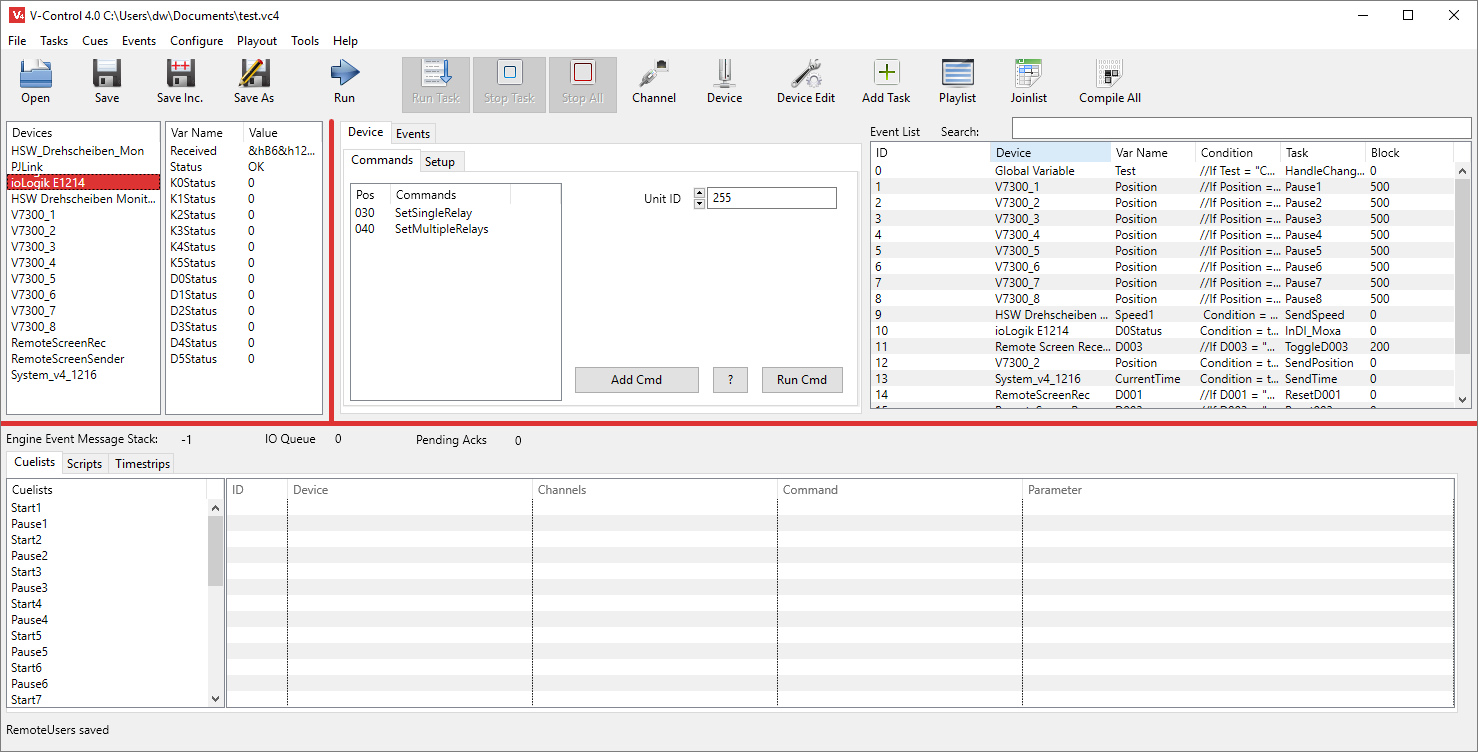 Today we released our brand new V-Control 4. The first release has beta status and is available for Windows 64 Bit only. Other platforms will follow, including Raspberry Pi.

Under the hood we changed almost 40% of the code. The device manager was almost written new, and also the IO manager gets some improvements. The old Calendar and Timer events have been removed, because they are unnecessary now. The concept of device variables and a new System device providing time and date information replaces them.